Straight, No Chaser: Understanding Asthma – Toothpicks and Snot (Part 1 of 2) 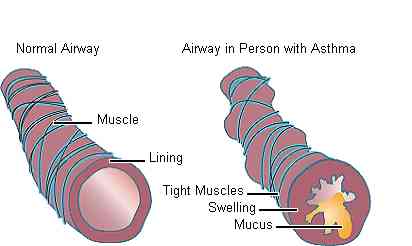 Asthma concerns me. I’ve had many close friends and family suffer with the disease. In fact, a very good friend died of an attack while in medical school, because he didn’t have his inhaler with him. In other words, this is somewhat personal. I’ve probably given more lectures on asthma than any other topic over the years, and I can say without hesitation that relative to how much we know about its prevention and treatment, I can’t think of another disease where we underperform as much as with asthma management. According to data from the National Institutes of Health, over the last few decades the death rate has increased by over 55%. The prevalence rate has increased by 75%, and among African-Americans the hospitalization rate has increased over 35%. The good news is asthma can be controlled and effectively treated. In this primer, we’ll discuss quick tips to improve the health of the asthmatic in your life.
The encouraging thing about asthma is that if you understand what causes it, you understand how to treat it. Here’s what you need to know about what causes asthma. For the purposes of discussion I am simplifying matters for general consumption.

Let’s get logical. Asthma management is theoretically straightforward if you can pull it off. Prevention is treatment. I used to describe this as “Kill the Cat.” (This blog neither supports, advocates, nor is responsible for the harming of any animals resulting from this information.) In short, if you identify the triggers that precipitate your asthma attacks and then remove yourself from that environment, you will dramatically reduce, if not eliminate, your attacks. This is often described (incorrectly) in kids as “growing out of their asthma.” No one grows out of it, and you don’t cure asthma; asthmatics just stop having attacks because they’re not around the triggers.
In Part II, we discuss asthma management. In case you’re wondering, that’s where the toothpicks come in.
Thanks for liking and following Straight, No Chaser! This public service provides a sample of what http://www.SterlingMedicalAdvice.com (SMA) will offer beginning November 1. Until then enjoy some our favorite posts and frequently asked questions as well as a daily note explaining the benefits of SMA membership. Please share our page with your Friends on WordPress, and we can be found on Facebook at SterlingMedicalAdvice.com and on Twitter at @asksterlingmd.
Copyright © 2013 · Sterling Initiatives, LLC · Powered by WordPress