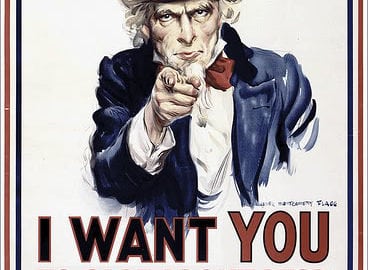 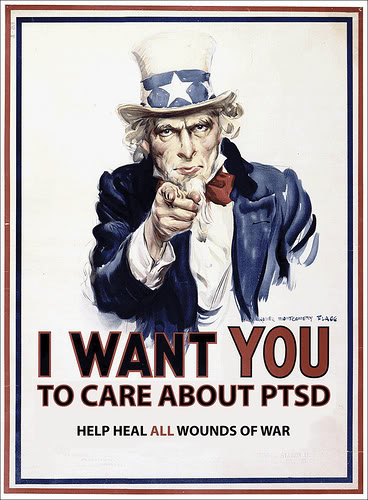 Review this previous Straight, No Chaser post for a review of PTSD signs, symptoms and those at risk.
Fortunately, not every traumatized person develops post-traumatic stress disorder (PTSD). In those that do, symptoms typically begin within three months of the incident but may present years afterward. The severity of symptoms is such that they must last more than a month to be considered PTSD. There is significant variation in outcome in those with PTSD; some recover within six months, and in some the condition becomes chronic.
To be diagnosed with PTSD, a person must have the following symptom complex for at least one month:

Additionally, PTSD is often accompanied by depression, substance abuse, or other anxiety disorders. 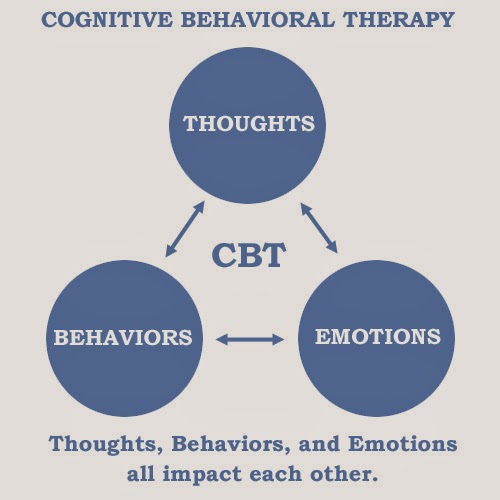 PTSD is typically treated with either psychotherapy (“talk” therapy), medications, or both. Mental health professionals will review and discuss all treatment options with you prior to initiating therapy, because some people will need to try more than one variety to discover what works for their symptoms.
If someone with PTSD is going through ongoing trauma, such as an abusive relationship, both the PTSD and the current problems need to be treated. Other ongoing problems can include panic disorder, depression, substance abuse, and suicidal feelings.
The U.S. Food and Drug Administration (FDA) has approved two medications for treating adults with PTSD, sertraline (Zoloft), and paroxetine (Paxil). Both of these medications are also used to treat depression. In PTSD, they help control symptoms such as sadness, worry, anger, and the feeling of numbness inside. Taking these medications often make it easier to go through psychotherapy.
Sometimes people taking these medications have side effects at the beginning of therapy, but they usually go away. Any side effects or unusual reactions should be reported to a doctor immediately. Sometimes the medication dose needs to be reduced or the time of day it is taken needs to be adjusted to help lessen these side effects. The most common side effects of antidepressants like sertraline and paroxetine are the following:

Doctors may also prescribe other types of medications, such as benzodiazepines (commonly used for relaxation and as a sleep aid), antipsychotics and other antidepressants. There is little information on how well these work for people with PTSD.
If you believe you suffer from PTSD, it’s very simple. Please get evaluated, and get the help you need.
Thanks for liking and following Straight, No Chaser! This public service provides a sample of what http://www.SterlingMedicalAdvice.com (SMA) and 844-SMA-TALK offers. Please share our page with your friends on WordPress, like us on Facebook @ SterlingMedicalAdvice.com and follow us on Twitter at @asksterlingmd.
Copyright © 2015 · Sterling Initiatives, LLC