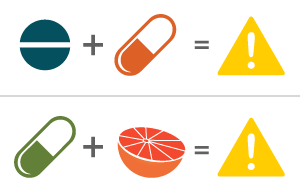 Straight, No Chaser: When Good Drugs Do Bad—Drug Interactions 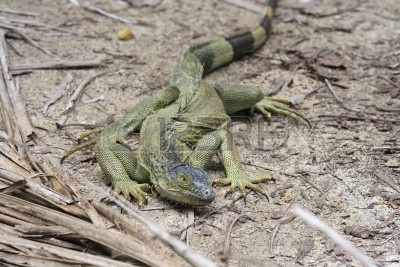 “Be sure to let your doctor know if you grow a third foot.”
Ok, well maybe that is about the only side effect you haven’t heard at the end of one of those commercials that seem to spend half of its time describing the side effects. If you pay attention to a pharmaceutical commercial, though, you’ll appreciate that even though medicines do a world of good, sometimes they cause significant problems. Those problems can become sped up or magnified by the effects of taking several drugs at a time. Alternatively, combinations of medications may make one or more of the drugs less effective. Regarding the medicines you’re taking, you should be clear if drug interactions can be minor and insignificant or serious and  life-threatening. Let’s review the various types of drug interactions.

Drug/drug interactions: Two or more different drugs taken together may interact and cause an unwanted effect or change how the drug acts in the body. Here are some common examples:

Drug/food interactions: If you’re a fan of grapefruit or chocolate, then it’s likely that your physician has cautioned you on drug/food interactions. These occur when certain foods or beverages interfere with the metabolism of certain medications. In the example of grapefruit, it’s known to interfere with metabolism of medications used to lower cholesterol levels (called statins). This can lead to adverse drug effects and actual liver damage. Other examples are to be found in the many foods (e.g., red wine, aged cheese) that affect the antidepressant class of drugs known as MAO inhibitors.
Drug/condition interactions: You see these all the time. Many different medication instructions warn you not to take them if you have certain medical conditions, as the medications may make the medical condition worse. Prominent examples include over-the-counter cold, cough and flu remedies that advise you not to take if you have heart disease or high blood pressure. Also if you have kidney or liver disease, any medicine that gets metabolized via one of those routes may have difficulty and delays in getting metabolized and excreted, leading to longer than desired activity of the given drug.
Drug/alcohol interactions: This is actually a subcategory of the drug/drug interaction because alcohol is a drug. It deserves special mention because drinking alcohol while taking certain medications can cause adverse effects related to the additive effects of alcohol and various drugs. Any medication involving the central nervous system or one’s mental state would likely be worsened by alcohol.
The best way to guard against these concerns is to discuss any new medications with your physician or pharmacist prior to taking them. Be smart about medicines you’re putting in your body and don’t be cavalier about them; the wrong combinations can turn a medicine into a toxin.
One final note: don’t be lulled into complacency by herbal preparations as some form of replacement. Herbals are still medicines and work via the same active ingredient as the pharmaceutical drug they’re replacing. As such, they are subject to cause the same types of problems listed above. Even more concerning is that as a class, comparatively less research has been done on herbals. Therefore, the full extent of side effects and drug interactions is not defined. Not knowing the full extend of an herbal medicine’s side effect profile isn’t the same as saying the herbal doesn’t have side effects, and you shouldn’t interpret things that way.
Feel free to contact your SMA expert consultant for any questions you may have on this topic.
Thanks for liking and following Straight, No Chaser! This public service provides a sample of what http://www.SterlingMedicalAdvice.com (SMA) offers. Please share our page with your friends on WordPress. We are also on Facebook at SterlingMedicalAdvice.com and Twitter at @asksterlingmd.