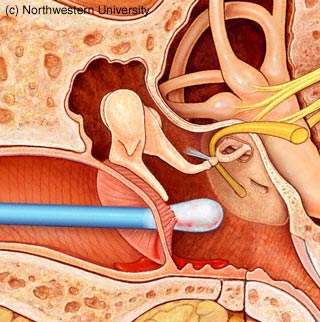 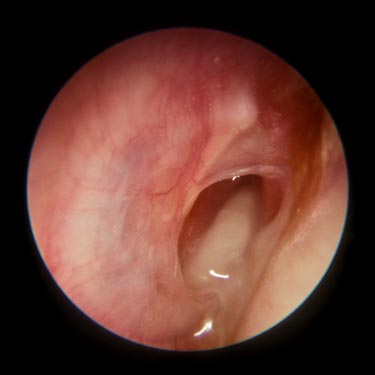 The manufacturers of Q-Tips used to run a commercial in which they said “Never place anything in your ear smaller than your elbow.”  I wonder why they stopped the commercial, because it pretty much summarizes how I feel about the situation.
Perforated tympanic membranes (aka ruptured eardrums) are holes in the sheet-like tissue that separates the ear canal from the middle ear. They are not a lot of fun. Because the ear is responsible for both hearing and balance, rupture can cause decreases of both. Common symptoms include pain, decreased hearing and bleeding.
Several different things can causes this, including the following:

Most tympanic membrane perforations heal spontaneously.  If the injury causing this was penetrating, your physician may refer you to an ear, nose, and throat specialist within 24 hours.  You must be careful to avoid getting water in the ear. You won’t typically receive antibiotics for a ruptured eardrum unless the rupture is due to infection or forceful water injury, such as is seen in water skiing.
Thanks for liking and following Straight, No Chaser! This public service provides a sample of what http://www.SterlingMedicalAdvice.com (SMA) offers. Please share our page with your Friends on WordPress, and we can be found on Facebook at SterlingMedicalAdvice.com and on Twitter at @asksterlingmd.