Straight, No Chaser: Emergency Room Adventures – The Risk of Rabies 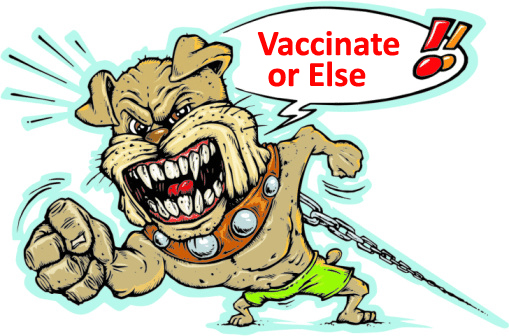 You can’t make this stuff up.   It’s another busy night in the ER, and back-to-back patients come in, not related but dealing with the same issue.  One’s a child bitten over the eye by a family dog with no shots.  The next is a teenager attacked by a possum, which he decided to kick in the mouth, and of course he ends up being bitten.  Both of these situations hold a certain risk of rabies exposure.
Rabies is a viral disease transmitted to humans through the bite (or scratch) of an infected animal.  It infects the central nervous system, initially producing a multitude of symptoms that resemble the flu (fatigue, headaches, fever, malaise) and then progressing to exotic symptoms (including fear of water, increase in saliva, hallucinations, confusion and partial paralysis) culminating in death within days.
There is no cure for rabies once symptoms appear, so prevention is critical.
Animals that are especially likely to transmit rabies include bats (the most common culprit in the U.S.), foxes, raccoons, skunks and most other carnivores. 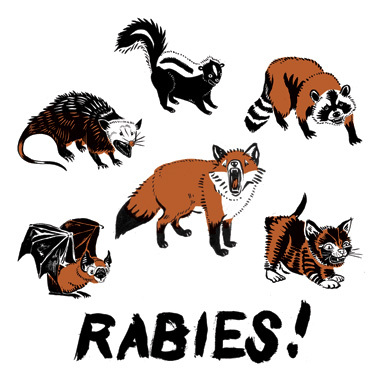 Animals that have been reported to transmit rabies include dogs, cats and ferrets.

Others bites to consider include bites from rodents (woodchucks, beavers and smaller rodents), rabbits and hares, which almost never require post-exposure prophylaxis unless the area is a high rabies exposure area.  In these instances decisions will be made in consultation with local public health officials.
So what should you do if bitten?

What can you expect?

Remember, rabies is a fatal disease.  It is meant to be avoided, but if you can’t avoid it, you need to get assessed as rapidly as possible.  I hope this information helps you make correct decisions if you’re ever confronted with a rabies prone animal, and for goodness’ sake, please get any house pets all appropriate vaccines.