Straight, No Chaser: Do You Drink Too Much? 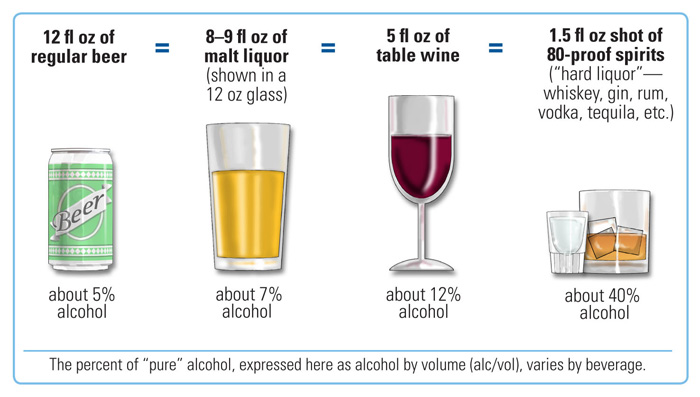 It’s one of those Straight, No Chaser (literally) days.  I haven’t addressed substance abuse much yet (and you know I will), but the problems with most intoxicating substances revolve around the same consideration.  You had the most incredible time and got the most incredible high the first time, and you spend the rest of your life chasing the joy of that first buzz, which for most drugs you’ll never get.  The difference with alcohol abuse is that alcohol is legal and comparatively inexpensive, so you get to keep trying without much fuss (or at least initially).
Let’s set the stage by standardizing some terms:

Alcoholism is a chronic disease.  Unfortunately, some of us start with a predisposition based on genes and strong influences based on family and cultural considerations.  It is so much more than either a lack of willpower or an inability to quit.  This disease has a predictable course and defined effects on various parts of the body, leading to specific means of death if unaddressed.  Because I’m Straight, No Chaser, I’m not going to deal with the subjective thoughts you offer about whether or not you can ‘handle your liquor’ or whether you believe ‘you can stop anytime you want’.  I’m going to give you some medical data that defines when you’re doing damage to your body.  It’s actually pretty simple.
Are you this guy or gal (keep in mind a standard drink is defined as one 12 ounce can of beer, 1 glass of wine or 1 mixed drink)?

If so, you’re causing damage.  We’ll get into the specifics at another time.
That’s damage.  Let’s discuss dependency.  Consider the possibility that you may be dependent on alcohol if you have any of these problems over the course of a year:

So What?
No one is giving up alcohol by reading this, I’m sure.  I haven’t even touched to the harsh realities of alcoholism (yet).  Alcohol is part of the American social fabric.  We live, celebrate and commemorate milestones with it.  It’s glamorized throughout society.  It’s constitutionally approved.  I appreciate that.  In moderation, it’s a good time.  Just understand that it’s not a free ride.  The danger is in the insidious nature of this disease, meaning issues may creep up on you before you ever know what’s about to hit you.  Then we’re having a completely different conversation.
I look forward to any questions or thoughts on the topic.
Thanks for liking and following Straight, No Chaser! This public service provides a sample of what http://www.SterlingMedicalAdvice.com (SMA) offers. Please share our page with your friends on WordPress. We are also on Facebook at SterlingMedicalAdvice.com and Twitter at @asksterlingmd.

0 thoughts on “Straight, No Chaser: Do You Drink Too Much?”