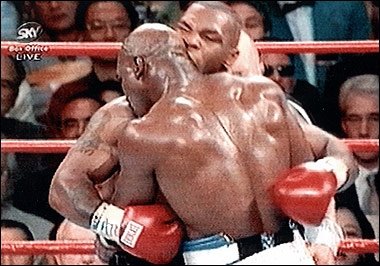 I have had weird experiences with humans biting humans, as have most physicians. There are several different types of human bites, which can range from harmless to surgically serious, but as an emergency physician knowing the dangers of the bacteria inhabiting your mouth, I tend to assume the worst until proven otherwise. Your first Quick Tip is to do the same.
Maybe it’s where I’m located, but I tend to see way more ‘fight bites’ than anything else; these specifically refer to someone getting hit in the mouth. It’s always interesting to see the guy who ‘won’ the fight being the one who has to come in for medical treatment. He will have cut his hand on someone’s tooth and really doesn’t think much of it. He just wants the laceration sewn. Little does he realize how concentrated all of the structures (tendons, blood vessels, muscles and bones) are in the hand. He also doesn’t know that they’re confined to a very limited space, and seeding an infection in that space makes things really bad really quick. These guys are very dangerous because they tend to deny ever getting into the fight, ascribing the injury to something else (like punching a tree) – at least until I ask him why a tooth is inside his hand.
Then there’s the “Yes, I was bitten” variety, including activity where the teeth engaged the victim instead of the fist engaging a tooth. Think of the above Tyson vs. Holyfield bite as an example. Sometimes parts get bitten off (fingers, nose, ears and other unmentionables)! Children sometimes need to learn to stop biting as a behavior. Biting is sometimes seen in sexual assault, physical abuse and in self-mutilating behavior or with mentally handicapped individuals.
A third type is the ‘We love too much!’ variety. These may include hickeys (that actually break the skin), folks biting off their hangnails, and individuals who create skin infections by biting their toenails and fingernails. Yes, it happens more than you’d think.
The commonality to all of these scenarios is saliva found its way through the skin. Because of the virulence of those bacteria contained within, an infection will be forthcoming. You’ll know soon enough when the redness, warmth, tenderness and possibly pus from the wound and fever develop.
The easy recommendation to make is anytime a wound involving someone’s mouth breaks your skin, you need to be evaluated. Some wounds are much more dangerous than others. Teeth get dislodged into wounds, hand tendons get cut, bones get broken, and serious infections develop, and in fact these bites require immunization for tetanus. Bottom line: there’s no reason not to get evaluated if you develop those signs of infection I mentioned, if any injury to your hand occurs, or if any breakage of your skin has occurred. You’ll need antibiotics and wound cleaning in all probability, with a tetanus shot if you’re not up to date. If you’re unlucky, you may end up in the operating room.
So here’s your duty if you haven’t successfully avoided the bite:
1) At home, only clean the open wound by running water over the area. Avoid the home remedies, peroxide, alcohol and anything else that burns. You’re making things worse for yourself (those agents cause skin damage more than they’re ‘cleaning’ the area).
2) Apply ice – never directly to the wound, but in a towel. Use for 15 minutes off then 15 minutes on.
3) Retrieve any displaced skin tissue, place it in a bag of cold water, place that bag on ice, and bring it with you. We’ll decide if it’s salvageable.
4) Get in to be evaluated. Be forthcoming about whether or not it was a bite.