Your Monthly Healthcare in a Minute Business Update

May 10, 2019Public Health844-SMA-TALK, Behind the Curtain, Sterling Medical Advice, SterlingMedicalAdvice.com, Straight No Chaser, There are 72 Hours in a DayJeffrey Sterling, MD

Welcome to “Healthcare in a Minute” – a new monthly Straight, No Chaser feature that focuses on the business of medicine. We welcome prominent healthcare consultant George Chapman to our contributor panel. George can be visited at gwchapmanconsulting.com.

Strategic Direction For Your Healthcare Business

Thanks in large part to Vermont Senator and presidential candidate Bernie Sanders, “Medicare For All” (or universal healthcare) has become a hotly debated topic for the 2020 campaign. Detractors/skeptics have focused primarily on its impact on taxes. However, here’s some food for thought as the debate rages on. US taxes on wages/income are relatively low compared to countries that have their own versions of Medicare For All. Our system of taxation is a “progressive” system, whereby wealthiest pay a higher percentage of their income in taxes than middle and lower class taxpayers. Workers in England, France, Germany, Sweden, Finland, Canada are all covered by universal care. Unfortunately, the American worker has health insurance contributions/responsibilities deducted directly from his/her paycheck. Additional expenses like deductibles and copays are additional, out-of-pocket costs to consumers.

So, unlike taxes on wages, healthcare premiums are NOT progressive. The lowest and middle wage earners pay the same per month as the highest wage earners. Consequently, the lower your wage/income, the higher your healthcare premium as a percentage of income. For example, a US worker earning $43,000 a year pays an average of 37% in both taxes and health premiums. In high tax Finland, at the same earnings, a worker pays 23% in taxes which includes healthcare. Moving towards a universal system would make healthcare costs more “progressive” for most Americans. No matter where you stand in this debate, healthcare “premiums” must be considered as a “tax” already being paid by the American worker.

(For a Straight, No Chaser take on Medicare for All, read this post.)

The Department of Justice recently convicted Phillip Esformes, a Florida skilled nursing facility owner, of over $1.3 BILLION in fraudulent claims to Medicare and Medicaid. Patients were referred to his shabby facilities, where they received inadequate or unnecessary treatment. He bribed both physicians and regulators in order to defraud. He was convicted of conspiracy to defraud the US government, kickbacks, money laundering and obstruction of justice. This is the largest healthcare fraud scheme to date.

In another fraud case, drug manufacturer Questor, recently acquired by Mallinckrodt,  is accused of bribing physicians to unnecessarily prescribe “H.P. Acthar Gel.” This product treats infant seizure disorders, multiple sclerosis, and rheumatoid arthritis. The price per vial went from $40 in 2000 to………..$39,000 today.  If you’re doing the math, that’s a 97,000 percent increase. Medicare alone has spent $2 billion on the gel over the last several years. It’s notable that this was a whistleblower case. Also, the “fraud police” tend to only get involved in these cases when they are fairly certain of success. If convicted, Mallinckrodt would have to pay back what was deceitfully billed, plus another $5,500 to $11,000 per false claim.

In a continuing crackdown on illegal prescribing, the Appalachian Regional Prescription Opioid Strike Force charged sixty defendants for crimes related to the illicit distribution of millions of opioids in Ohio, Kentucky, Virginia, West Virginia, Tennessee and Alabama. Among the accused are 31 physicians, 7 pharmacists and 8 Nurse Practitioners. One pharmacy in Dayton, Ohio dispensed over 1.75 million pills. A physician in Kentucky left pre-signed, blank prescriptions with his office staff so they could continue the illicit scheme when he was absent. A physician in Tennessee, self- described as the “Rock Doc’, literally prescribed over 1.5 million pills. Not to be outdone, another physician in Tennessee prescribed over 4.2 million opioids. In 2017, there were over 70,000 deaths due to drug overdosing. 47,000 deaths, or two thirds, were due to opioids.

A basic tenet of healthcare is that primary care management improves overall health outcomes and lowers costs. Researchers at the RAND corporation studied 16 million Medicare claims and found that primary care accounts for less than 5% of total Medicare spending on physicians, hospitals/facilities, supplies and drugs.  For the study, “primary care” included: family practitioners, internists, gynecologists, geriatricians, nurse practitioners and physician assistants.  Clearly, there is plenty of room for  more investment in primary care. One way is to pay providers more for primary care services which would  encourage more medical students to specialize in primary care.

Per a study published in The Journal of the American Medical Association, visits to rural emergency departments are up over 50% in recent years. This is occurring despite the fact that many rural hospitals are in danger of closing. Visits to urban/suburban emergency departments for the same time are up just 5%. Non-Hispanic white patients 18-64, Medicaid beneficiaries and the uninsured lead the charge. Rural hospitals are increasingly becoming the safety net providers in their markets. Increased ER visits, especially in rural areas, can somewhat be attributed to the shortage of primary care physicians that is much more endemic to rural areas. Too often, rural residents use emergency rooms due to limited primary care options.

The annual cost of chronic diseases like heart disease, obesity, diabetes, cancer and Alzheimer’s is staggering. According to a report by Fitch Solutions, this cost is $3.8 trillion a year in direct and indirect costs. That is almost 20% of our GDP. Notably, the cost could double in the next 30 years as baby boomers age and live longer. Indirect costs include lost productivity, early retirement and premature mortality.

Two of the necessary three factors for acceptance by physicians are in place and pushing the use of telemedicine. The first factor is the physician shortage. Telehealth gives overwhelmed physicians another tool to handle their heavy patient loads, as not everyone has to be seen in the office. The second factor is consumer preference, especially among younger patients who are very comfortable using technology. The third factor for overall acceptance of telehealth by physicians is insurance payments. They are getting better, but not quite there yet.

While the majority of specialties are just beginning to feel comfortable with telehealth, it has been incorporated into radiology, dermatology, psychiatry and cardiology for years. Medicare (CMS) is planning to boost telehealth benefits next year. Typically, commercial carriers follow suit.  In the meantime, Humana is about to roll out a virtual primary care model called “On Hand” through the telehealth company “Doctor on Demand”. The plan offers members access to a dedicated primary care physician, urgent care and behavioral health through video visits, all at a relatively low monthly payment. Interested employers see this as a way to save money and reduce employee absences. There is no co-pay for the virtual visits. 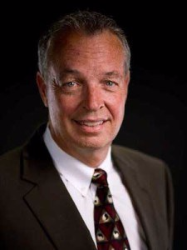