On the day of observation of the life and legacy of Martin Luther King, Jr., we discuss applying his dream to equal access of health care. 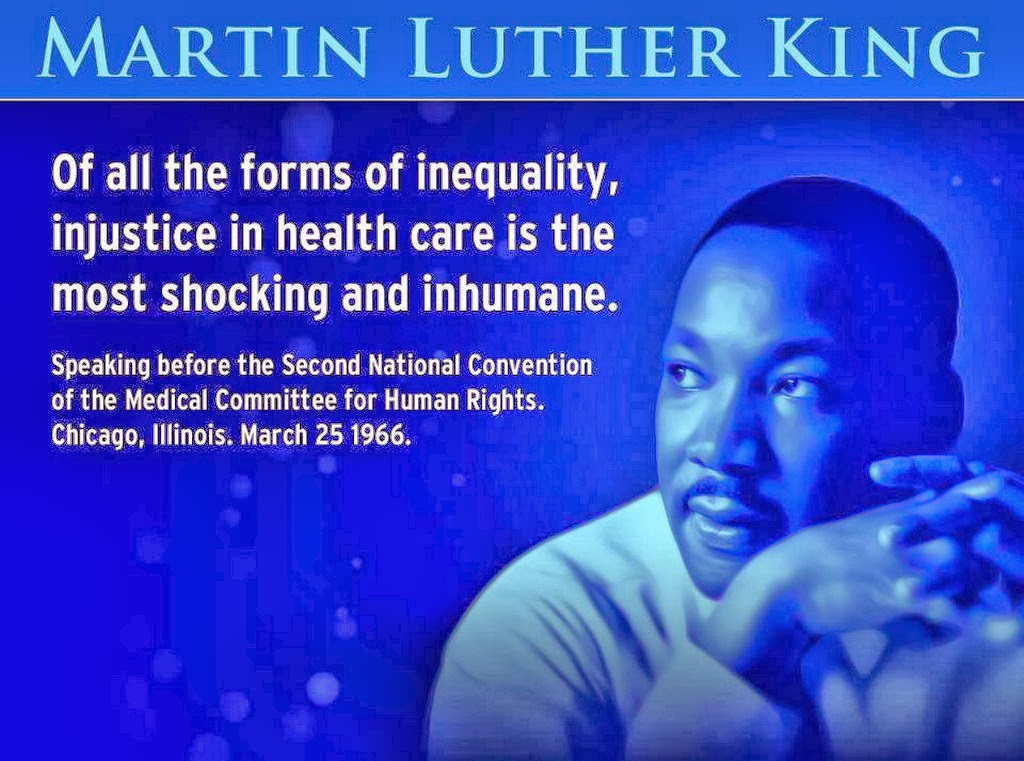 On this national day of celebration, I always reflect on Dr. Martin Luther King, Jr.’s most famous comments on health care in America.

“Of all the forms of inequality, injustice in health care is the most shocking and inhumane.”

Using the sustained assault on the Affordable Care Act (aka Obamacare) in the US, it becomes as important as ever to revisit this premise.

Why would Dr. King say such a thing? Injustice in health care has taken many forms. Unfortunately, these result in predictably poor outcomes for those affected. We call these disparities in healthcare. Let’s begin by addressing the inequity in insurance coverage that formed the premise for the Affordable Care Act (aka Obamacare).

Back in 2012 (immediately prior to implementation of the ACA), the Centers for Disease Control and Prevention (CDC) released a survey showing that more than 45 million U.S. residents didn’t have health insurance. Still even more people, 57.5 million, were uninsured for at least part of the 12 months before being polled. Be reminded that the total U.S. population is over 311 million.

The How and Why of Health Care Inequity

The US is number one in money spent on health care by a large margin. In fact, the U.S. spends more on people aged over 65 than any other country spends on its entire population. The business of medicine in America is business first. It is largely expected that good health care outcomes will result from good business. Health care is viewed as a commodity in the same way that good cars, computers and smartphones are. Does this work? The outcomes say otherwise. According to the World Health Organization, the U.S. health care system was ranked #38 in the last WHO ranking based on standard health outcomes produced.

Despite any perceived and actual flaws in the ACA, one unassailable fact exists. Approximately 20 million previously uninsured Americans obtained it through the passage of the Affordable Care Act. The ACA targets its assistance to the poor and near-poor who are least likely to have health care coverage. The ACA will provide Medicaid coverage to those with incomes up to 133 percent of the poverty level (approximately $16,000). Unfortunately, this isn’t true in states opting out of the Medicaid expansion. People earning between the poverty level and four times that amount are eligible for tax credits for private health insurance.

Access to health care is the beginning of the process by which health care disparities can be erased. As long as failure to have equal access exists to the extent that it does, the types of disparities in life expectancy, disease rates and disease survival will remain predictably dismal for certain populations. As long as total our population is unhealthy in general, and pockets of our population are more disproportionately unhealthy, we will remain less productive and cohesive than we could be. Predictably, these facts will perpetrate a host of additional problems within our society. 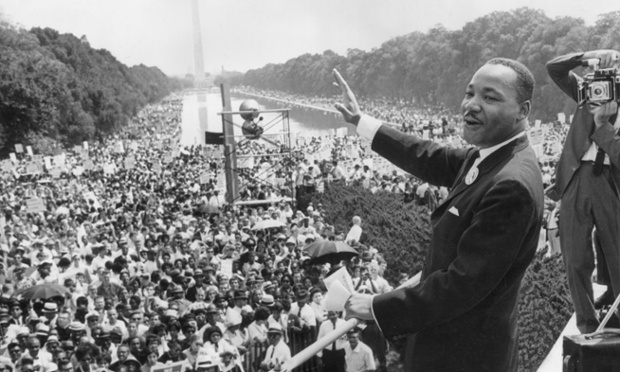 Finally and furthermore, one question still begs to be asked. Why does the US choose to remain the only major industrialized nation in the world that fails to provide universal health care for its citizenry? What part of life, liberty and the pursuit of happiness involves doing so without health? How is that Justice?

Happy MLK Day. Remember the Dream, but also remember how that plays out in our lives.