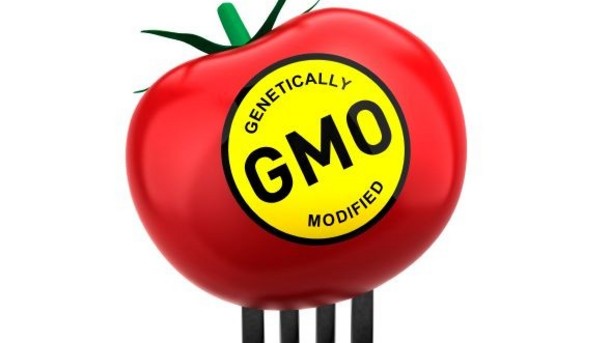 Have you ever bred an animal, say a dog? Have you ever taken a vitamin or supplement? Of course you have, so let’s start the conversation there. Imagine you live in a world with shortages of food or fresh water, a diminished food supply, an inability to maintain the freshness of food, or have local conditions that require an abundant need for use of pesticides? What if your food supply could become a vehicle for delivery of vaccines or other medications? These are the arguments used to support the use of genetically engineered foods (aka bioengineered foods, aka GMOs), because all of these conditions exist in large parts of the world.

Even if you didn’t previously understand the logic for the use of genetically engineered foods, you’ve been using them for a long period of time if you live in the U.S. Upwards of 70% of processed foods on US grocery store shelves contain a genetically modified ingredient. If you’re eating corn (or anything with high-fructose corn syrup, such as cereals, sodas or snacks), potatoes, soybeans, squash or tomatoes, you’re likely eating food that has been genetically altered.

The actual question should be “What are genetically engineered foods?” These foods have genes from other organisms (plants, animals or microorganisms) inserted into their genetic codes, introducing new traits to the affected foods once grown. GMO is short for genetically modified organisms.

Why would anyone want to do this?

There are many great reasons to want to do this. In fact, we have a long history of breeding. Dogs came from wolves. Long-stemmed roses are a result of breeding. Unfortunately, natural processes of doing this can take thousands of years. Science has evolved to the point that genetically desirable traits can be extracted from one source and placed into another. 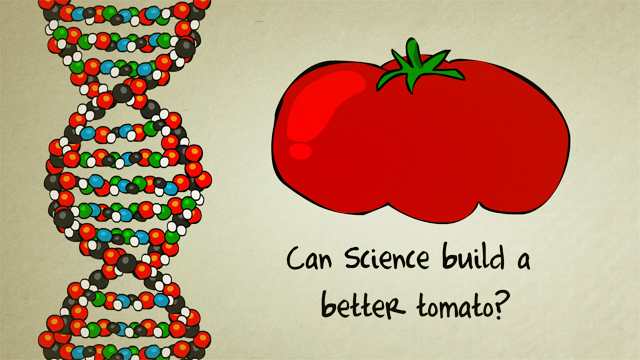 So what would the benefits of doing this be?

Since you’re selecting (i.e. genetically engineering) what you want your food to be, you can create many different benefits. Here’s a list of some of those.

What are the potential risks?

Let’s start by pointing out that the risks are theoretical. Perhaps “concerns” would be a better descriptor. The nature of concerns generally revolves around the notion that scientists may prove unable to control the science, and some genetic changes can end up different than planned and harmful. In some conceived scenarios, modified organisms could produce extinction of naturally occurring organisms, with resultant adverse effects on the environment (that requires a certain existing balance). Other risks could include cross-communication of allergies and antibiotic resistance (e.g. you could exhibit a peanut allergy while eating a tomato).

Is this why many speak out against it?

It’s hard to say. There are several reasons cited against GMOs, some of which are political, others of that are scientific and still others that could be ethical or religious. 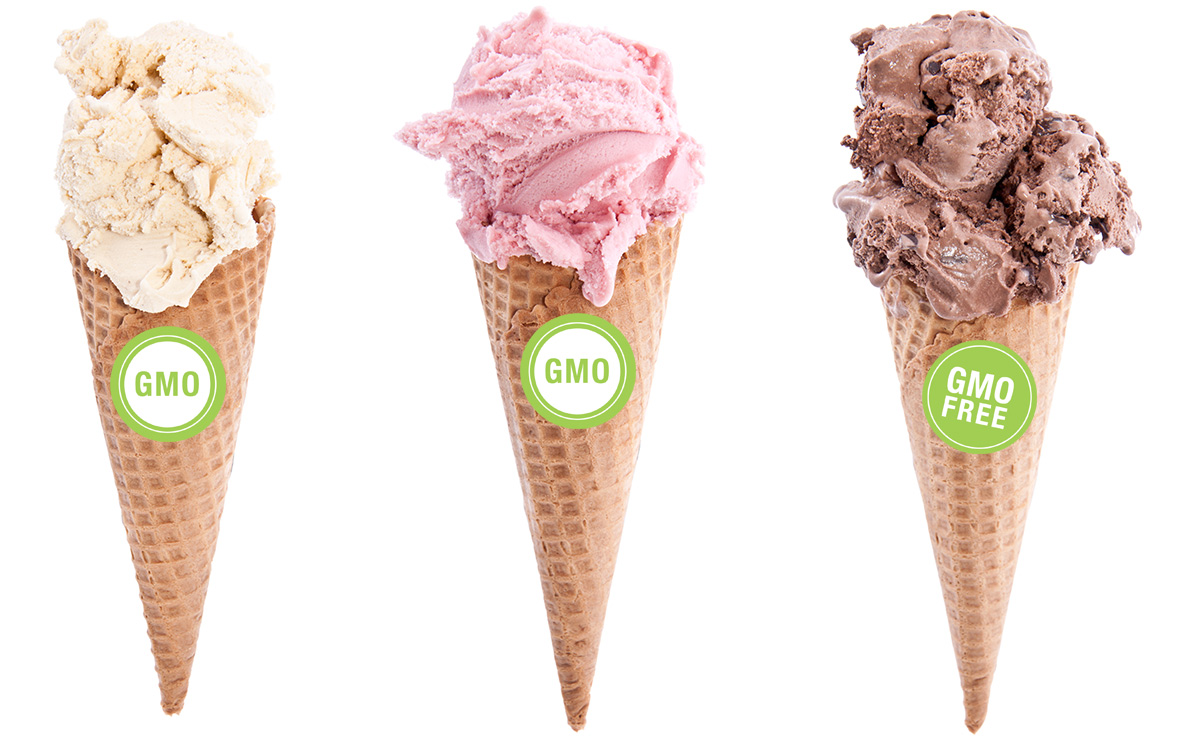 I’ve mentioned “theoretical” on a few occasions. To be fair, there currently have been no adverse effects (to a medical or scientific certainty) demonstrated from using genetically engineered foods. To this point, GMOs have avoided significant regulation from the Food and Drug Administration (FDA), largely because the ice cream looks and tastes the same, and despite the craze toward organic foods, doesn’t appear to cause any harm. That said, no one is suggesting that either sufficient research has been done or that the long-term effects have been determined.

Another question asks why consumers aren’t simply informed as to whether the products they purchase are GMO products. Labeling would address that issue, but to this point the FDA hasn’t felt the need to do so and views a requirement to do so as punitive without cause. This lack of transparency is causing quite of a bit of concern, but I’d remind you that you don’t know (and usually don’t want to know) how most of your food supply is created (something about not wanting to know how the sausage is made comes to mind).

The bottom line is, at this point genetically engineered foods are regarded as safe. There are no reports of illness or injury due to consumption of these foods. You can rest assured that more research on the matter will be forthcoming. You’ve already been using them and would find it extremely difficult to avoid them in the US, even if you tried. The decision to avoid them at this point is either based on fear, politics or dissatisfaction with the level of scientific evidence supporting what is being seen in real time. The issue of labeling genetically modified foods as such is still an ongoing battle.