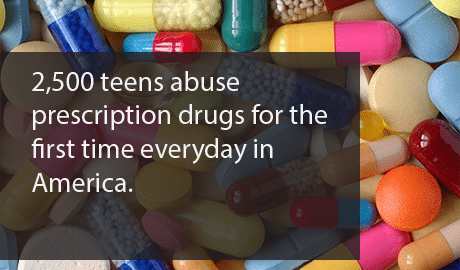 I often have to explain to patients such as chronic sufferers from migraines, low back pain and other conditions that even if they weren’t “drug-seeking,” they still could be addicted to various medications. Marijuana, alcohol and tobacco are the most frequently abused drugs in the U.S. Beyond these, prescription and over-the-counter (OTC) drugs are the next most common culprits. Think about it. A physician prescribing pain or other medications with mind-altering properties (known as psychoactive medications) is a relatively simple way to get a “clean” supply of “high-quality” drugs.

Now if you paid attention to that last sentence, you’ll note the quotes, and perhaps you picked up on the irony. As an independent consideration, prescription and OTC drugs are safer than illicit drugs. However, that’s only true when they are taken exactly as prescribed for the reasons prescribed. When misused or abused, prescription and OTC drugs can be addictive and put abusers at risk for adverse health effects, including overdose and death. Taking these medicines at the same tie as other drugs (or with alcohol) increases these risks.

The classes of prescription drugs most commonly abused are the following:

These medications all produce mind-altering properties when taken other than prescribed (i.e. by a different person and/or in a different dose than prescribed). These can produce effects that some would describe as pleasurable, all the while causing other damage to your body.

How Prescription Drugs Get Abused

What I’d like to accomplish next is to advise you how your children or others with access to your medicine cabinet may be abusing drugs. 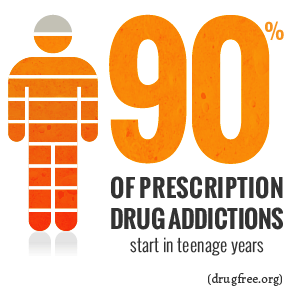 Finally, prescription opioid abuse are a first step to heroin use. Pain medications such as Oxycontin and Vicodin have effects similar to heroin. In three recent studies, nearly half of young people who inject heroin surveyed reported abusing prescription opioids before starting to use heroin. Additionally, some individuals reported taking up heroin because it is cheaper and easier to obtain than prescription opioids.

In other words, pay attention to what’s happening with medications in your home and possession.