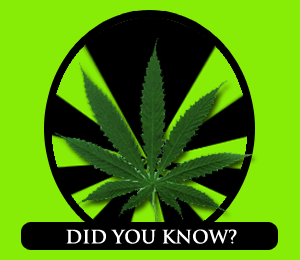 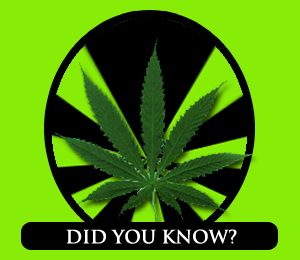 7. So marijuana doesn’t cause lung cancer?
Regarding medical considerations, heavy use can be harmful. Although marijuana use isn’t conclusively associated with lung cancer, heavy pot smokers are still at risk for some of the same health effects as cigarette smokers, like bronchitis. It would be unfair not to point out that these risks are associated with smoking marijuana, and these effects appear to be due to the smoke and not necessarily the cannabis itself.
8. You can overdose on marijuana.
Simply put, there isn’t a documented case of death directly attributable to marijuana overdose.
9. You can’t become dependent on marijuana.
I’ll resist the urge to make a joke about certain of your favorite celebrities. According to the National Institutes of Health, not only is it possible to become dependent on marijuana, but approximately nine percent of marijuana users became clinically dependent. To put this in perspective, 15% of cocaine users and approximately 25% of heroin users become addicted. By the way, there’s a 30% addiction rate for tobacco users.
10. Does marijuana cause withdrawal symptoms?
Yes, it does. Withdrawal symptoms include anxiety, nausea and insomnia. That said, these are minor compared with tobacco, alcohol, heroin and cocaine. The marijuana withdrawal syndrome is not considered life-threatening.
11. Marijuana has not currently been shown to contribute to traffic accidents and fatalities.
It is next to impossible to conduct a research study that would prove this point. What we do know is that studies have shown that smoking marijuana tends to affect spatial perceptions. If under the influence, drivers can lose concentration and experience slower reaction times, leading to swerving or following other cars too closely. Researchers have concluded that driving while high greatly increases the chances of having an accident, and smoking pot and drinking before driving is a particularly dangerous mix. Because of the varying effects of marijuana on individuals, it is hard to set a blood level that indicates intoxication in the same way as with alcohol.
12. Does marijuana causes criminal behavior?
The problem with that question is the word “cause.” It is true that the rate of pot use is higher among criminals, but that doesn’t mean that pot causes the criminal activity, and there is no compelling evidence to suggest that it does. It’s just as conceivable that criminals tend to engage in illicit drug use. Intuitively, the connection between marijuana and subsequent criminal activity isn’t obvious, given the relaxation that marijuana produces (which sharply distinguishes it from alcohol).
13. What’s the difference between smoking marijuana and consuming it in other ways?
When someone smokes marijuana, its active ingredient moves almost immediately into the bloodstream and to the brain. The effects typically last between one and three hours. When eaten, it can take between 30 and 60 minutes to have an effect, but that effect can last up to four hours.
Feel free to ask your SMA expert consultant any questions you may have on this topic.
Order your copy of Dr. Sterling’s new book Behind The Curtain: A Peek at Life from within the ER at jeffreysterlingbooks.com, iTunes, Amazon, Barnes and Nobles and wherever books are sold.
Thanks for liking and following Straight, No Chaser! This public service provides a sample of what http://www.SterlingMedicalAdvice.com (SMA) and 844-SMA-TALK offers. Please share our page with your friends on WordPress, like us on Facebook @ SterlingMedicalAdvice.com and follow us on Twitter at @asksterlingmd.
Copyright © 2017 · Sterling Initiatives, LLC · Powered by WordPress

One thought on “Straight, No Chaser: Marijuana Facts and Fiction, Part 2”