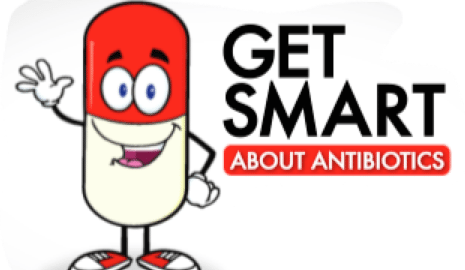 Straight, No Chaser: Inappropriate Antibiotic Use 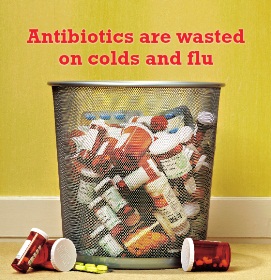 Whenever physicians attempt to discuss inappropriate antibiotic use with patients, too often fear replaces logic. These days, antibiotic use is treated as a convenience consideration, regardless if there’s actually a disease present that can be treated by antibiotics. Here are some principles your physician is mindful of when deciding if you actually need antibiotics.
Significant complications exist from missing any disease. If a heart attack is missed, your heart can rupture, and you can die. If a fracture is missed, you can develop necrosis, arthritis and loss of limb. If pneumonia is missed, you can go into respiratory failure and die. Etc., etc. As an emergency physician, my colleagues and I are more in tune than any other specialty of physicians with the risks and consequences of misdiagnosing critical illness; in fact it’s one of the main components of the speciality.
The point is giving medicine is not based on either fear or treating conditions that have a low probability of existing. Any physician is weighing the value of the information you provide to determine what appropriate management will be; that’s the Art of Medicine, and that will always be left to the individual judgment of your treating physician. That said, the days of such absolute power by physicians are going the way of the dinosaur. Evidence-based medicine and outcomes-based medicine are here to stay. Multiple guidelines for best practices exist across many medical conditions, including when to order ankle x-rays and not, when to order neck x-rays and not, when to treat various infections and not. What’s new here is identifying opportunities to avoid exposing patients to unnecessary, costly medical interventions. What’s also new is you the patient can be better empowered and knowledgeable about the conditions you have and the care you receive. 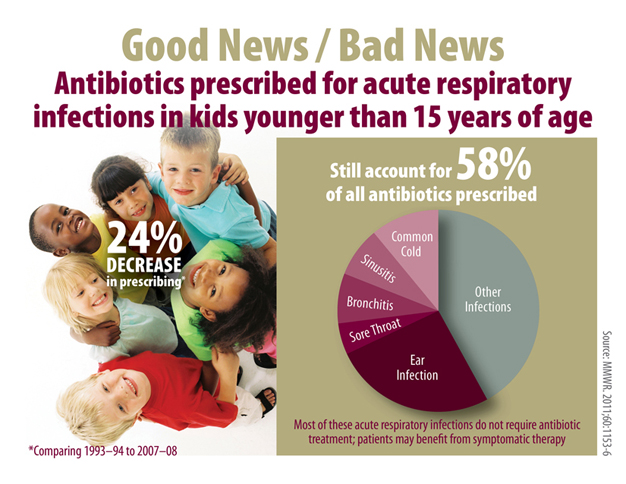 The risk of inappropriate antibiotic use is more real, more present and more important than practicing defensive medicine. There are classes of antibiotics that we can no longer use. I mentioned previously how Staph is resistant to several of the penicillins we’ve used for decades due to resistance, which occurs from overuse and inappropriate use, most frequently seen in treatment of viral illnesses. Yes readers, MRSA stands for methicillin-resistant Staph Aureus, and that’s why it’s known as a ‘super-bug’. Approximately 80% of those ear, nose and throat infections you’re coming to the emergency room for and asking/receiving antibiotics for are viral illness and would be better on their own in 48-72 hours. Similarly, treatment of gonorrhea has recently been revised by the Center for Disease Control and Prevention (CDC) because of the emergence of resistance to the medications used against it. Again, this has resulted from overuse and inappropriate use of these medications, largely in treatment of viral illnesses. One of the more powerful antibiotics we had at our disposal (a member of the fluoroquinolone class) just got pulled back from its 15 different indications for usage due to emerging resistance. This particularly powerful entity, instead of being withheld for serious diseases, was being used for urinary tract infections, minor skin and soft tissue illness and other conditions that eventually led to a loss of effectiveness. Why would such things be done? Profits and defensive medicine are two reasons that rapidly come to mind.
This is a lot more serious than just overusing medications. Sepsis is a condition where an infection overwhelms the body and isn’t just limited to the local site where the infection originated. It can be so devastating that your body goes into shock, losing its ability to function and deliver blood throughout your body. Initial treatment of real illness suffers when we’re using medications that are less effective because bacteria have had time to mutate or otherwise become resistant due to non-lethal exposures.

The CDC and the American Academy of Pediatrics have consistently promoted this philosophy. It’s been included in JAMA, the Journal of the American Medical Association. Inappropriate antibiotic use has consequences!

Consider the following lists of conditions that commonly can be treated without antibiotics.

To be clear, no one is recommending or promoting inappropriate or less than appropriate treatment of conditions that actually exist. No one is suggesting that anything you read here or anywhere else is more important than the real-time judgement of your physician. Just appreciate that opportunities exist to do the right thing and the wrong thing, and medicine is better with an informed patient.
Feel free to ask your SMA expert consultant any questions you may have on this topic.
Order your copy of Dr. Sterling’s new book Behind The Curtain: A Peek at Life from within the ER at jeffreysterlingbooks.com, iTunes, Amazon, Barnes and Nobles and wherever books are sold.
Thanks for liking and following Straight, No Chaser! This public service provides a sample of what http://www.SterlingMedicalAdvice.com (SMA) and 844-SMA-TALK offers. Please share our page with your friends on WordPress, like us on Facebook @ SterlingMedicalAdvice.com and follow us on Twitter at @asksterlingmd.
Copyright © 2016 · Sterling Initiatives, LLC · Powered by WordPress