Straight, No Chaser: Bacterial Vaginosis – No, That's Not a STD 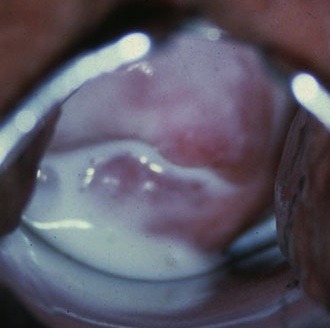 I try to give you straight talk but never crudely. As I’ve discussed conditions involving the genitalia, I’ve been mindful of the reality that large numbers of you have been affected by sexual transmitted diseases/infections (aka STDs/STIs), and I will always respectful of that consideration. That doesn’t mean I’m sugar-coating your information, it just means I am aware that you’re suffering and concerned by different scenarios. 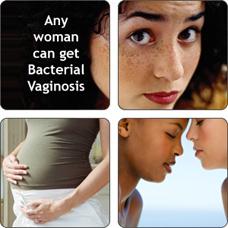 One of those is bacterial vaginosis. There is an age after which women invariably start discovering that various things they do can disrupt the appearance, smell and content of their vaginal fluid. It’s certainly human nature to wonder if something has gone terribly wrong. Let’s pick up our Doctor-Couple conversation from earlier…
Patient: Yep! I have this grayish/whitish discharge that only happens after sex. And sometimes it itches around there. And it burns when I pee! No rashes or that other stuff, though.
Doctor: Ok. Let’s examine you… 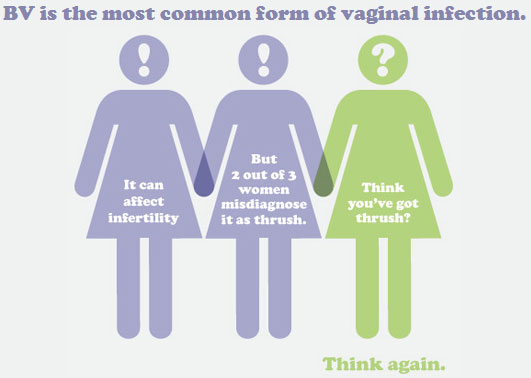 All humans have various microorganisms that normally reside inside us at relatively low levels; different microorganisms inhabit different part of the body. They’ve set up a delicate balance (like an ecosystem, if you will) that, once settled doesn’t disturb us (their hosts) at all. If external or internal circumstances disturb that balance such that one set of organisms is disproportionately affected, overgrowth of the other organisms may occur. Many of you will recognize this as happening when you get a ‘yeast’ infection. It’s also what occurs when you develop bacterial vaginosis (BV). BV is the most common vaginal infection in the U.S. It’s more likely to be seen when you start having unprotected sex with a new partner, have multiple sex partners, are pregnant or douche (therefore, women who are not sexually active can have BV also). By the way, you don’t get BV from toilet seats or swimming pools.

The question everyone always has is “What’s the role of sex, especially sperm, in it?”. That’s asked because BV is often noticed after unprotected sex that includes ejaculation. Here’s where you learn the difference between ‘sexually transmitted’ and ‘sexually associated’. It is unclear what role sex has in the development of BV, but common thoughts include alterations in the pH of the vaginal fluid based on interactions with sperm/semen. It is known that the pH of women become more alkaline (less acidic) after exposure to semen, and that environment produces compounds causing the ‘fishy smell’. Yes, that’s real.  We even have a real thing call a ‘whiff test’ as part of making the diagnosis.
The good news is BV is easily treated. The bad news is it needs to be treated, and it can recur even if it’s treated. Remember, it’s just an overgrowth syndrome.  There are complications to not getting BV treated, especially if you’re pregnant. This makes it especially important that medication be taken to completion, even though you may feel better prior to that. Male partners do not need to be treated.
So this couple gets ‘off the hook’, even though they may decide to start using condoms.  Next we will focus on the risks of various sexual activities. Stay tuned.
Thanks for liking and following Straight, No Chaser! This public service provides a sample of 844-SMA-TALK and http://www.SterlingMedicalAdvice.com (SMA). Enjoy some of our favorite posts and frequently asked questions as well as a daily note explaining the benefits of SMA membership. Please share our page with your Friends on WordPress, on Facebook at SterlingMedicalAdvice.com and on Twitter at @asksterlingmd.
Copyright © 2014 · Sterling Initiatives, LLC · Powered by WordPress