Straight, No Chaser: The Medical Issues You Encounter While Flying

I’ve probably been engaged twenty times on airplanes to provide medical assistance. My favorite incident was when four doctors (and a nurse) simultaneously jumped to assistance as if everyone was some type of superhero. Of course, I wouldn’t be telling the story if I didn’t end up being the last man standing (due to my status as the emergency physician among the group – and yes, the patient was ok). Consider this your handy to do and to don’t if and when you’re traveling by air. You never know!
There are four quick considerations I’d like to share:
Blood clots: Flights (and especially the long ones) increase your risk for deep venous thrombosis (DVTs). You can reduce this risk by frequently bending and rotating your ankles, drinking water whenever the opportunity presents and getting up intermittently to walk. Prevention is also important – this is why traveling while in the latter stages of pregnancy is especially problematic and why near-term women aren’t allowed to travel (and you thought it only had to do with early deliveries!).
Headaches and earaches: Air in your body (lungs, intestines, sinuses and eardrums, to name a few) expand when your plane ascends and contracts upon descent. The squeeze on descent is actually more frequent of an issue than gases expanding on ascent, but both situations present problems. In addition to exacerbating migraines, your eardrums can rupture from the squeeze. Of course, adults address this by holding their noses and blowing, thus ‘popping’ their ears (actually this equalizes the pressure on both sides of the eardrum, returning things back to normal). Kids suffer just as much as adults, but the younger ones aren’t able to release the pressure as easily. Thus, it’s true that you should allow them to chew or suck on something during descent. The passenger sitting next to you will thank you.
Fainting: Fainting is a common occurrence on flights for many reasons. Faints and other mental status changes due to hypoglycemia are the most common episodes I’ve personally encountered on flights. My best advice here is to stay hydrated (This will help you prevent faints and problems with DVTs.) and if you’re diabetic, eat during the flight. Low sugar reactions are scary in the air, and the pilots are always wondering if they’ll need to do an emergency landing.
Respiratory disease: This is an important consideration because the potential for bad outcomes are heightened. Those with asthma, blood clots in the lungs (pulmonary emboli) and COPD (chronic obstructive pulmonary disease aka chronic bronchitis and emphysema) need to discuss traveling with their physicians. The high altitude of flights results in thinner air, drier air and increasing viscosity of your blood, which can affect patients suffering from the conditions mentioned. A ruptured lung in a patient with bad COPD is a formula for disaster.
In short, fly smart and fly healthy. An airplane is a horrible place to be in harm’s way. And that doesn’t even include snakes on a plane. 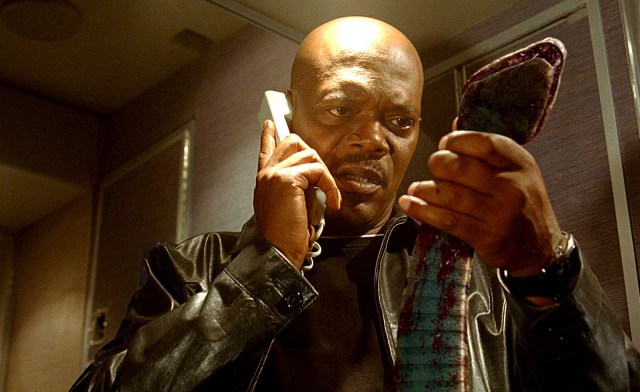 0 thoughts on “Straight, No Chaser: The Medical Issues You Encounter While Flying”