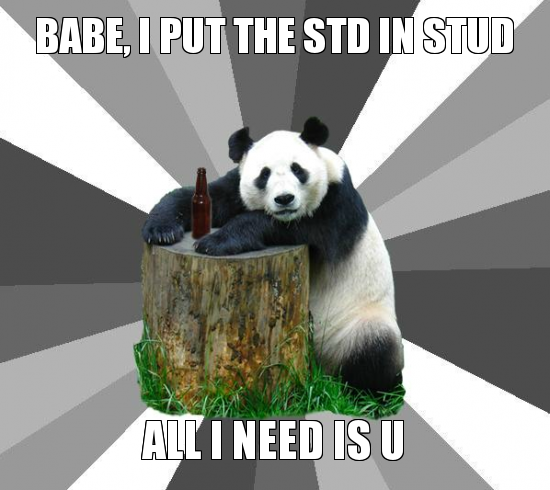 As an emergency physician, my first consideration is to eliminate life threats.  Along the way, I cure disease and provide a ton of information.  With all of these efforts, I provide a heavy dose of tough love and straight talk meant to empower (and hopefully never belittle).  This is heavy on my mind because this week we’ll be discussing sex – not the pleasant aspects, but those instances when something has gone wrong as a result of sex.
I’ve been on the receiving end of hundreds (more likely thousands) of couples coming in, usually one dragging the other by the ear, attempting to determine if “something’s going on”, and yes, more than a few relationships have left the emergency room dissolved after such conversations.  I would like to have the beginning of such a conversation with you much in the way that I might have with one of these couples.  This is a very appropriate prelude to a conversation about sexuality transmitted infections (aka STIs aka STDs).
Patient: I have a foul smell coming from my vagina.  I know he’s doing something!
Doctor: Can you tell me what it smells like?  Is there any vaginal discharge, rash or other lesions that you’re seeing?
Male partner (who would have been better off saying nothing): It smells like fish!
Patient (after shooting eye lasers at her partner): I am not having sex with anyone but him, so I know he did something!
Male partner: Doc, I’m not doing anything.  She’s the only one I’m with, and I don’t have any symptoms.
Doctor: So each of you only has each other as a partner?
Couple: <nods yes>
Doctor: Would you bet your lives on it?
Couple: <Stunned silence>
Doctor: Well that’s exactly what you’re doing every time you’re having unprotected sex.  Now about that discharge…
This upcoming week we are going to address 5 of the 6 most common and/or most important STIs out there for you to know about.

Not talking about them, not protecting yourself from them, and not testing yourself for them is truly believing that ignorance is bliss.  In this case, what you don’t know can kill you.  No matter what you think about how ‘good’ it is, it’s not worth risking your life over.  Also, as an additional conversation, I’ll discuss Bacterial Vaginosis.
While you’re waiting for the next post, go back and reread the other of the 6: this post on ‘The Sexually Transmitted Cancer’.  It definitely should be considered requiring reading for everyone who is sexually active or about to become active, and I would have addressed it first had I not already covered it.  Might I suggest you cover it as well?
Copyright © 2013 · Sterling Initiatives, LLC · Powered by WordPress